Sexual abuse and assault has become an epidemic in Illinois, and nationwide.  At Goldberg & Goldberg, we have vast experience representing the victims of Sexual Abuse and Sexual Assault, as well other victims of predatory behavior.  Our lawyers have represented victims of sexual abuse and assault at the hands of celebrities, artists, musicians, professional athletes, corporate CEOs, clergy, doctors, nurses, nursing home workers, day care workers and others in positions of power.  At Goldberg & Goldberg, we become partners with our clients in the healing process and believe that part of our mission is to assist every victim of sexual abuse and assault on their healing journey. 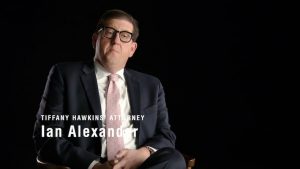 END_OF_DOCUMENT_TOKEN_TO_BE_REPLACED

For over 50 years the lawyers at Goldberg & Goldberg have represented the victims of Birth Injury and Birth Trauma caused by the hands of doctors and hospitals.  Over that period of time, we have learned a thing or two about birth injuries, how they occur, what impact they have on the victim over a lifetime and how to litigate birth injury cases.  This blog post is an effort to educate the families of the victims of birth trauma on how to proceed with a birth injury or birth trauma lawsuit.

END_OF_DOCUMENT_TOKEN_TO_BE_REPLACED

On May 12, 2011, Irma Sabanovic was on her way to pick up her boyfriend from his job as a DJ at the popular Chicago nightclub, Exit.  Somehow she became lost and wound up on Goose Island, an artificial island located in the Chicago River.  Goose Island is a heavy industrial area that is confusing to navigate.  Irma found her way onto W. Blackhawk Street.  While travelling westbound on Blackhawk her car left the road and plunged into the inky darkness of the North Branch of the Chicago River.  For nine days the Chicago Police searched for Irma, treating the case as a missing person’s investigation.  Eventually her body was discovered inside her upside down vehicle submerged in 12 feet of water at the bottom of the river off of the end of Blackhawk St.  Police canvassing the area were able to locate a closed circuit surveillance video that captured her vehicle driving off of the end of the road and into the river at 2:00 am on the morning of May 12, 2011.

Irma Sabanovic was a 25 year old fashion model who was studying theater at Wilbur Wright College.  She was a beautiful, sweet, fun-loving woman with a wickedly smart sense of humor.  Her family, unable to make sense of her needless and tragic death, hired Goldberg & Goldberg to investigate the circumstances and determine why there were no signs, barricades and warnings at the end of the road.  A wrongful death and survival lawsuit was filed at the end of May 2011 against the City of Chicago.

For years the City claimed that there were no warning signs at the end of the road, even though a similar tragic accident had occurred 17 years earlier on the opposite bank of the Chicago River.  After that accident, the City erected barricades on the West bank of the river but claimed to have done nothing on the East bank.  Or so we were told, until the City of Chicago discovered the proof of their own negligence in late 2015 when they “found” work orders which showed that stop signs and a dead end sign had been placed in 1993 and removed, for an unexplained reason, sometime thereafter.  It was also determined that a 2000 lb concrete Jersey Barrier had been placed on the road near the east bank of the river but that the barricade did not extend across the entire length of the roadway.  Had concrete barriers been deployed across the entirety of Blackhawk St. this tragedy would have certainly been avoided.

END_OF_DOCUMENT_TOKEN_TO_BE_REPLACED

In 2003 the American College of Obstetricians and Gynecologists(ACOG), along with the American Academy of Pediatrics, published Neonatal Encephalopathy and Cerebral Palsy: Defining the Pathogenesis and Pathophysiology (“NEACP”). This monograph became more commonly known as “the Green Book” and it has been roundly criticized as an attempt by its authors to use “junk science” to create hard an fast “essential” criteria to diffuse obstetrical malpractice claims against Ob/Gyns. In the more than 10 years since its publications its authors have backed off the allegedly essential nature of its core criteria and physicians have been forced to admit that factors like cord blood ph levels above 7.0 can still occur in births where the fetus experiences perinatal asphyxia that is the result of negligence.

Recently, ACOG published an update to the Green Book titled Neonatal Encephalopathy and Neurologic Outcome, Second Edition. This update changes some of the so-called “essential” criteria that expert witnesses have relied upon to defend causation in birth injury cases.

The update defines Neonatal Encephalopathy as a clinically defined syndrome of disturbed neurologic function in the earliest days of life in an infant born at or beyond 35 weeks of gestation, accompanied by early onset seizures and difficulty initiating and maintaining respiration and depression of fetal tone and reflexes. The update relaxes the criteria which obstetricians and pediatricians feel demonstrate the likelihood of peripartum or intrapartum ischemia playing a role in the pathogenesis of neonatal encephalopathy.

END_OF_DOCUMENT_TOKEN_TO_BE_REPLACED

On February 6, 2013, the Chicago law firm of Goldberg & Goldberg filed a wrongful death case on behalf of the Estate of Genevieve Klimczak who died on February 12, 2012. Ms. Klimczak was a resident of McHenry Villa, a self described “retirement community” offering 24 hour a day security…”so residents can leave the worries of living alone behind them.” McHenry Villa and Home Instead, Inc. have been named as defendants in the lawsuit. McHenry Villa is located at 3516 W. Waukegan Road in McHenry, Illinois.

On February 12, 2012, Genevieve Klimczak a 91 year old resident of McHenry Villa with Alzheimer’s disease was allowed to elope from her room at McHenry Villa and walk out of the building through a self-locking door that could not be opened from the outside. Ms. Klimczak’s body was found the next morning by employees of McHenry Villa. The temperature overnight was as low as 7 degrees Fahrenheit. At the time, Ms Klimczak was being attended by caregivers from Home Instead, Inc. Ms. Klimczak is survived by her nephews, Donald Lorenz and John Lorenz, and her niece, Evelyn Marthalar.. Mrs. Klimczak was a lifelong resident of Chicago.

Abbott Laboratories best selling drug, Humira, has been linked to a host of serious side effects, including severe neurological injuries. Abbott’s is on track to sell $15 billion worth of the drug per year by 2015. Abbott already expects to sell close to $10 billion worth of Humira in 2012. Humira is used to treat a variety of rheumatological conditions, including, Rheumatoid Arthritis and Ankylosing Spondylitis as well as Crohn’s disease.

In 2009, Abbott included the following warning in the package insert for Humira under section 5.5 titled, Neurologic Reactions:

“Use of TNF blocking agents, including HUMIRA, has been associated with rare cases of new onset or exacerbation of clinical symptoms and/or radiographic evidence of demyelinating disease. Prescribers should exercise caution in considering the use of HUMIRA in patients with preexisting or recent-onset central nervous system demyelinating disorders.”

END_OF_DOCUMENT_TOKEN_TO_BE_REPLACED

Goldberg & Goldberg is pleased to announce that they have settled a wrongful death case involving the death of a newborn child for $1,625,000.00. The case, Vega v. St. James Hospital, et al, involved the negligent diagnosis and management of fetal distress of mother and child during labor and delivery at St. James Hospital in Chicago Heights, Illinois in 2002. The baby survived a little over one hour before he ultimately died due to complications surrounding his resuccitation.

The defendants claimed that the child suffered from a microscopic pathologic defect which prevented him from being able to adequately perfuse oxygen in utero. The child is survived by his parents and three brothers and sisters.

Goldberg & Goldberg partner, Ian R. Alexander, secured a $1,000,000.00 settlement in the case of Newburg v. Swedish American Hospital, et al 02 L 263 which is pending in Winnebago County, Rockford, Illinois. In 2001, the day before Thanksgiving, Margaret Hoffman went to Swedish American Hospital complaining of chest and back pain. Doctors in the Emergency Room were able to determine that she was not having a heart attack. Her cardiologist ordered the hospital to perform a CT Scan of Ms. Hoffman’s chest in order to rule out an aortic aneurysm as the cause of her pain. The hospital did not carry out the order for a CT scan until 48 hours later when Ms. Hoffman experienced a drop in her hemoglobin which indicated that the aneurysm had ruptured. Unfortuntely this intervention came to late and Ms. Hoffman, a 61 year old clerk at Zion Development Corporation, passed away on the operating table.

Ms. Hofman was survived by her two adult children. Records indicate that this settlement was one of the largest recoveries in recent history in Winnebago County for a wrongful death case where the survivors were adult children, and one of the few cases to settle in Rockford for in excess of $1,000,000.

We are very proud of the hard work that we did for Ms. Hoffman’s family. From the beginning all of the defendants claimed that Ms. Hoffman’s death was a result of her own poor health and had nothing to do with the numerous mistakes that they made in caring for her while she was a patient at the hospital over the Thanksgiving holiday in 2001.

• Malpractice claims boost overall health care costs no more than a tiny percentage according to the Congressional Budget Office.

• The Congressional Budget Office has also concluded that the most anti-patient medical malpractice “reforms” may lead to poorer health care and worse patient outcomes.