For over 50 years the lawyers at Goldberg & Goldberg have represented the victims of Birth Injury and Birth Trauma caused by the hands of doctors and hospitals.  Over that period of time, we have learned a thing or two about birth injuries, how they occur, what impact they have on the victim over a lifetime and how to litigate birth injury cases.  This blog post is an effort to educate the families of the victims of birth trauma on how to proceed with a birth injury or birth trauma lawsuit. 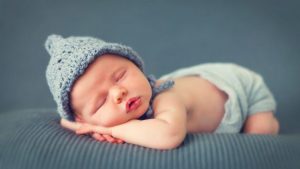 END_OF_DOCUMENT_TOKEN_TO_BE_REPLACED

In 2003 the American College of Obstetricians and Gynecologists(ACOG), along with the American Academy of Pediatrics, published Neonatal Encephalopathy and Cerebral Palsy: Defining the Pathogenesis and Pathophysiology (“NEACP”). This monograph became more commonly known as “the Green Book” and it has been roundly criticized as an attempt by its authors to use “junk science” to create hard an fast “essential” criteria to diffuse obstetrical malpractice claims against Ob/Gyns. In the more than 10 years since its publications its authors have backed off the allegedly essential nature of its core criteria and physicians have been forced to admit that factors like cord blood ph levels above 7.0 can still occur in births where the fetus experiences perinatal asphyxia that is the result of negligence.

Recently, ACOG published an update to the Green Book titled Neonatal Encephalopathy and Neurologic Outcome, Second Edition. This update changes some of the so-called “essential” criteria that expert witnesses have relied upon to defend causation in birth injury cases.

The update defines Neonatal Encephalopathy as a clinically defined syndrome of disturbed neurologic function in the earliest days of life in an infant born at or beyond 35 weeks of gestation, accompanied by early onset seizures and difficulty initiating and maintaining respiration and depression of fetal tone and reflexes. The update relaxes the criteria which obstetricians and pediatricians feel demonstrate the likelihood of peripartum or intrapartum ischemia playing a role in the pathogenesis of neonatal encephalopathy.

END_OF_DOCUMENT_TOKEN_TO_BE_REPLACED

Radiation therapy in cancer treatment uses high doses of radiation to kill cancer cells and helps prevwent them from spreading throughout the body. The use of radiation therapy is one of the primary means that physicians have to help treat patients who have been diagnosed with cancer and is prescribed in 60% of all cancer treatment scenarios. Radiation is typically prescribed and administered through the use of an external beam which is provided by a machine called a linear accelerator. The beam is localized and given in precise measures of energy, or doses, to specific areas on the human body for treatment.

Over radiation occurs when some element of error occurs during the treatment process and the patient gets more then the prescribed dose of radiation over a period of time. While the linear accelerator is a very precise provider of radiation, there is a human component involved in doing the math and physics required to set up the machine to provide accurate treatment dosage. The system sometimes fails when these human failsafes are ignored and the patient receives the wrong amount of radiation.

The results for over radiated patients are devastating. The extra radiation, even in seemingly small doses, weakens and kills healthy tissue causing skin and organ damage, and often death. At Goldberg & Goldberg we have handled over radiation cases which have resulted in record recoveries for our clients including a verdict of $16 million and a settlement of $7.5 million.

A lawsuit filed in Cook County Circuit Court in Chicago, Illinois accuses four defendants of creating a fake Facebook profile of a teenage boy which claimed the teenager was gay. The suit contends the defendants created a fake profle with malicious intent to disparage and damage his reputation.

The fake profile has since been removed, but at one point it had close to 600 facebook friends. The plaintiff is concerned that the false information contained in the profile will follow him around through life.

Sadly, the internet has a life of its own. Items posted to Facebook and other social networking sites exist in cyberspace with little or no verification of veracity.

There is little doubt that technology has changed the way we communicate with each other. In the past several years social networking websites like Facebook and Twitter have allowed ordinary citizens to connect with one another in extraordinary ways. Trial Lawyers have always been concerned with influence outside information might have on jurors who are actively deliberating important matters in trial courts. At the intersection of the courtroom and technology we are confronted with an Interesting phenomenon. Facebook musings and tweets are now coming to you straight from inside the jury room.

In Philadelphia a juror on a major capitol murder case announced to Facebook that everyone “should stay tuned for a big announcement” before a verdict was announced in a trial that lasted more then five months. This is not an isolated incident. Apparently people are tweeting and facebooking live from the courthouse everyday.

Technology is a part of everyone’s life. People feel compelled to share the most intimate details of their personal lives with people they hardly know over the internet. It should come as no suprise that jurors are sharing the details of the courtroom online. The question for judges and lawyers is how do we deal with this. We live in interesting times.