It seems like the future of ride share is the development of autonomous vehicles and other forms of automated transportation.  The safety ramifications related to this new technology cannot be overstated.  Thankfully, the federal government has been working on a solution to foreseeable problems in this arena.  We are reserving judgment on the effectiveness of the solutions being proposed in Washington.  We are grateful that an effort is being made. The Chair of the House Energy and Commerce Committee, Frank Pallone (NJ Democrat), said yesterday , “We are working on a bipartisan, bicameral basis to draft a self-driving car bill that will help ensure that these life-saving technologies are safety deployed.” 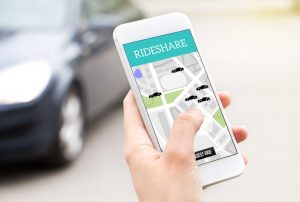 To date, the federal government has offered guidance but no hard and fast rules (law) regulating self driving vehicles.  From the prospective of the consumer, this is problematic.  The major players in the self driving vehicle landscape, like Uber, Lyft, Google and other ride share companies, stand to benefit from lack of oversight.  The less regulation, the more profit for these corporate behemoths.  The problem with this approach is the lack of accountability to the consumer.  Dollars and cents are not the only measure of success.  Safety should be the number one concern of all of the implementers of this radical new technology.  Autonomous vehicles are an opportunity to change the world for the better.  Leaving the early regulation of this technology in the hands of Uber and Google is the same as letting the fox guard the hen house.

We have vast experience with ride share litigation.  Our clients have benefited greatly from our experience in this specialized area of the law.  We have pioneered techniques to overcome the ride share world’s argument that the drivers are independent contractors.  If you have been injured in a ride share vehicle, call us for a consultation at no cost.

END_OF_DOCUMENT_TOKEN_TO_BE_REPLACED

On May 12, 2011, Irma Sabanovic was on her way to pick up her boyfriend from his job as a DJ at the popular Chicago nightclub, Exit.  Somehow she became lost and wound up on Goose Island, an artificial island located in the Chicago River.  Goose Island is a heavy industrial area that is confusing to navigate.  Irma found her way onto W. Blackhawk Street.  While travelling westbound on Blackhawk her car left the road and plunged into the inky darkness of the North Branch of the Chicago River.  For nine days the Chicago Police searched for Irma, treating the case as a missing person’s investigation.  Eventually her body was discovered inside her upside down vehicle submerged in 12 feet of water at the bottom of the river off of the end of Blackhawk St.  Police canvassing the area were able to locate a closed circuit surveillance video that captured her vehicle driving off of the end of the road and into the river at 2:00 am on the morning of May 12, 2011.

Irma Sabanovic was a 25 year old fashion model who was studying theater at Wilbur Wright College.  She was a beautiful, sweet, fun-loving woman with a wickedly smart sense of humor.  Her family, unable to make sense of her needless and tragic death, hired Goldberg & Goldberg to investigate the circumstances and determine why there were no signs, barricades and warnings at the end of the road.  A wrongful death and survival lawsuit was filed at the end of May 2011 against the City of Chicago.

For years the City claimed that there were no warning signs at the end of the road, even though a similar tragic accident had occurred 17 years earlier on the opposite bank of the Chicago River.  After that accident, the City erected barricades on the West bank of the river but claimed to have done nothing on the East bank.  Or so we were told, until the City of Chicago discovered the proof of their own negligence in late 2015 when they “found” work orders which showed that stop signs and a dead end sign had been placed in 1993 and removed, for an unexplained reason, sometime thereafter.  It was also determined that a 2000 lb concrete Jersey Barrier had been placed on the road near the east bank of the river but that the barricade did not extend across the entire length of the roadway.  Had concrete barriers been deployed across the entirety of Blackhawk St. this tragedy would have certainly been avoided.