To date almost 450 Paxil related suicide lawsuits have been settled by the drug manufacturer. There are an additional 600 claims outstanding claiming that Paxil caused birth defects. In October, a Philadelphia jury found the drug maker responsible for birth defects in a 3 year old boy and ordered a $2.5 million dollar award to the boy and his family.

Conventional wisdom says don’t get sick over the holidays. Hospitals are understaffed, doctors are distracted and the overall quality of medical care is diminished at even the finest of institutions. Over and over again we see cases at otherwise fine Chicago area hospitals that have one thing in common. The negligence occurs over the Thanksgiving, Christmas or New Year’s holidays. Unfortunately, we can’t choose when we get sick and people certaintly need medical help over the holidays, so keep the following in mind:

Become an advocate for yourself. Hospitals run on skeleton shift over any major holiday. Do not simply assume that Doctors and Nurses are thinking about you and your condition, they are not. they are thinking about the holidays like everyone else. Remind them of critical information and ask questions. If you are not satisfied with a response make sure they explain it to you again in plain english until you understand.

Go up the Chain of Command. if you are unhappy with the care you are receiving or if you are felling neglected, ask to speak with a supervisor, the head of the department or the vice-president of nursing. Doctors are accountable to the chairman of their service as well. Demand someone pay you the proper amount of attention.

END_OF_DOCUMENT_TOKEN_TO_BE_REPLACED

Joanne Doroshow wrote an excellent article in the Monday, November 9, 2009 edition of The Huffington Post called Medical Malpractice Tort Reform – We Are Already Suffering And Don’t Need More. She points out that unless you are currently living under a rock you have heard the term “tort reform” but, sadly, probably don’t know what it really means.

In Illinois we have tort reform as it relates to medical malpractice. Starting in 1985, and every ten years thereafter, the state legislature has based some sort of restriction on the publics right to sue for personal injury. In the late 1990s the Illinois Supreme Court struck down these restrictions, overruling the legislature, and finding them to be unconstitutional. The legislature, bowing to pressure from the insurance industry, tried again in 2005 and passed limits on jury awards as they relate to doctors and hospitals only. That legislation is currently being reviewed for constitutionality by the Supreme Court and we expect a ruling on the issue in the near future.

The term tort reform implies that its results would be beneficial to everyone. Sadly, this is not the case. Tort reform in Illinois will only make it harder for average hard working men and women to seek redress for the harms caused to them as victims of negligence. The tort reform movement was started by and is funded by insurance companies. The same companies that have the most to gain financially by limiting jury awards.

END_OF_DOCUMENT_TOKEN_TO_BE_REPLACED

The National Law Journal is reporting that the actor Dennis Quaid and his wife have filed a lawsuit in Cook County, Illinois against Deerfield based Baxter Healthcare Corp. concerning a drug overdose his children suffered at Cedars-Sinai Hospital in Los Angeles, California. The actor and his wife claim that the overdose occured, in part, due to confusing drug-labeling by the manufacturer of the drug Heparin.

The lawsuit was filed in Chicago and dismissed by the trial court on jurisdictional grounds. The drugmaker claimed, and the trial and appellate courts have agreed, that the case would be more appropriately filed in California. The Quaids have petitioned the Illinois Supreme Court to hear the case.

The Quaid children were given 1000 times the recommended dosage of the drug Heparin while being treated at Los Angeles’s Cedars-Sinai Hospital. While there have been no adverse effect from the overdoes as of yet, the Quaids are concerned about the effect of the overdose on the twins health and well-being in the future.

END_OF_DOCUMENT_TOKEN_TO_BE_REPLACED

In Illinois there is a stautue of limitations on medical malpractice claims which generally prohibits filing of a lawsuit two years from the date of malpractice or two years after the malpractice is discoverd. The statute of repose sets an outside tail date for filing such claims after four years have elapsed from the time of the initial malpractice. There are certain exceptions to this general statute of limitiations. At Goldberg & Goldberg we are proud of our work to help protect the rights of brain injured children. As an example of such work we are proud to say that due to our tireless efforts to fight for and protect brain injured children, including those suffering from cerebral palsy, the Illinois Supreme Court extended the statute of limitations for minors suffering from a brain injury indefinitely.

In Bruso v. Alexian Brothers Hospital, 178 Ill. 2d 445, 453 (1997), the Illinois Supreme Court, in an opinion authored by Justice Michael Bilandic held, that a minor who is under another legal disability, such as a brain injury, shall have the statute of limitations tolled on his claim until said legal disability is lifted. As a result, brain injured persons are protected from the statute of limitations until such a time as their disability no longer exists. This is a significant victory for consumers in Chicago, and throughout Illinois.

A Los Angeles jury has awarded a California family $7.3 million in a medical malpractice lawsuit concerning a hospital’s failure to diagnose and treat a child suffering from meningitis. The jury unanimously awarded the five year old damages for her injury which has left her brain damaged, The defendant in the case was the neonatal intensive care unit at Cedar-Sinai Medical Center. The case is eerily reminscent of cases that Goldberg & Goldberg has litigated in the Chicago area, including The Circuit Court of Cook County. 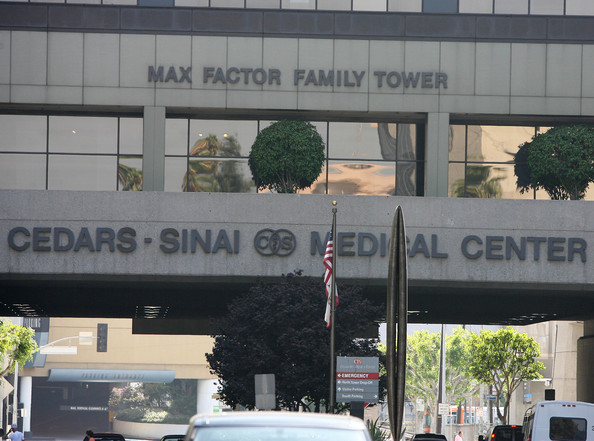 The typical treatment for meningitis is a prompt regiment of antibiotic and antiviral medication. Left untreated, meningitis can lead to deafness, hydrocephalus, epilipsy and cognitive brain damage.

In order to have an actionable medical malpractice case in Chicago, Cook County or throughout Illinois, a doctor’s negligence has to cause or contribute to cause an injury. It doesn’t need to be the only cause, or nearest cause, but can be any cause which in part causes an injury or harm to a patient.

The New Jersey state Supreme Court overturned that state’s largest medical malpractice verdict ever, a jury award of $70 million. The reason the case was overturned was because the jury was exposed to medical professionals and the defendant hospital during the jury selection process.

In a 6-0 decision, Justice Helen Hoens wrote for the court, “In light of the relentless and unchecked litany of complaints throughout the selection process, the attorneys had no way of knowing which of the potential jurors who had expressed no bias might later find it impossible to put aside what they had heard from those who had been excused,”

The case involved a 4 month old child who was deprived of oxygen to his brain during surgery to remove a tumor at the base of his spine. The little boy now is catastrophically brain injured and has profound neurological impairment. A new trial is expected.

Chicago is home to over 70,000 licensed attorneys. Finding a lawyer that is right for you can be a daunting task. The internet and the television airwaves are flooded with advertisements for lawyers that promise big settlements and no fees unless you win. The question you need to ask yourself and the lawyer that you interview is are you qualified, by the nature of your prior experience, to handle my case and see it through to the bitter end.

Medical Malpractice is a very expensive and specialized area of practice. Lawyers who handle medical malpractice litigation typically spend hundreds of thousands of dollars and countless man hours prosecuting a succesful claim. The skills necessary to be a succesful practicioner are not learned overnight. At Goldberg & Goldberg we have been in the medical malpractice business for more then forty years. The least experienced member of our firm has been handling medical cases for fifteen years. We work up and try all of our cases ourselves. We can, and routinely do, take appellate matters before the state supreme court. We have represented litigants in all manner of litigation in more then twenty different states.

When you interview a lawyer that you have become acquainted with over the internet or through a television advertisement ask him if he handles his cases himself or refers them out to a more experienced lawyer. Ask how many medical malpractice jury trials he has taken to verdict as a first chair lawyer. Ask him or her about past results and ask to see jury verdict reports to document his experience. At Goldberg & Goldberg we have had hundreds of verdicts and settlements in excess of $1 million. We have the largest personal injury verdict in Illinois history. Our track record speaks for itself. We would be happy to show you examples of some of our results in court.

Victim’s of medical malpractice at Chicago area hospitals should not expect an apology from those doctors or the hospital that is at fault for their injury. It has long been the custom and practice of Chicago area physicians to never dare to apologize or admit any mistakes, no matter how devastating.

Not so at the University of Michigan. Doctors there say that admitting their mistakes upfront and offering fair financial compensation saves time, money and hurt feelings. According to a 2009 article in the Journal Of Health And Life Sciences law, the effectiveness of taking responsibility of medical mistakes goes beyond common decency. According to the article, malpractice claims against a health system with a policy of offering early apologies and settlements fell from 121 in 2001 to 61 in 2006, while the backlog of open claims went from 262 in 2001 to 106 in 2006 and 83 in 2007. Between 2001 and 2007, the average time to process a claim fell from about 20 months to about eight months, costs per claim were halved and insurance reserves dropped by two-thirds.

There is evidence that this approach is catching on in the Chicago area. Apparently the University of Illinois is considering adopting an apologize and settler early approach to adjusting malpractice claims. This type of forward thinking makes sense from both a financial and humanitarian perspective.